*Amanda clambers out from beneath the rock she’s been living under for 2.5 weeks* 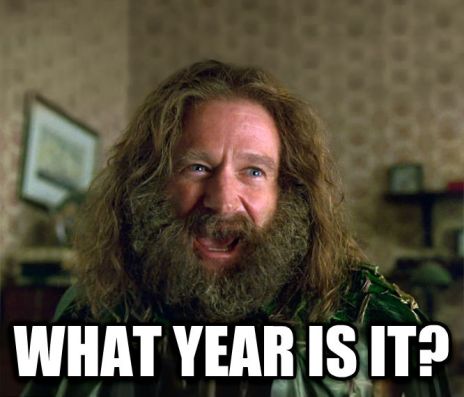 Hey guys—sorry it’s been a hot minute since I shared a post. There are a lot of (really exciting!) things going on in my life right now, and they are keeping me really busy. I have a big update I’ll share with you guys on Saturday, so look forward to that! (Or, you know, pretend to. For my sake.)

Part of the reason I’ve been so busy is that I’m currently in the process of moving.

Let me tell you something: If there’s anything that will make you feel like a complete and total failure of a minimalist, it is moving. The sole purpose of moving is to make you sad and remind you that you still own a ton of crap.

Remember that post I shared a few weeks ago detailing my life before and after minimalism, with some pretty pictures of my room all neat and tidy? Well, this is what it looks like now:

Even with less stuff, I can definitively declare that moving is chaos. I am so thankful I began this decluttering journey two years ago, because if I didn’t, the amount of stuff I own today would be completely out of control. I still own a lot, yes—but it’s considerably less than I used to have. So while packing is still stressful, it’s not the untameable beast it used to be.

For those of you who are moving soon, or considering it, below are a couple tips that have helped me as I box up my stuff:

I mean it. Like super early. Earlier than senior night at Olive Garden.

When I was a younger and less intelligent human being (aka, when I was in college), I would literally wait until the night before a move to start packing. This inevitably led to panic as I ran around my room like a lunatic, haphazardly chucking things into boxes and lamenting every choice I had made in my life up until that point.

Packing early allows you to plan. You can pack objects with more intent and care. You can label boxes and stay organized. There can be a method to the madness. Don’t follow in the footsteps of college-age Amanda.

2. Have a plan for your stuff.

Once you box your stuff up, where’s it all going to go? Are you downsizing to a smaller space? You’ll need to toss some stuff. Are you putting it in storage? The less stuff you own, the less storage space you’ll have to pay for.

Furniture takes up a lot of space in a moving van. If you have some big pieces you’re willing to part with, make arrangements to sell them or give them away.

To do this, you have a couple of options. You can call a local charity or Goodwill to come pick up your donation. You can set it out by your curb for others to take. Personally, I’ve had tons of success with local buy-sell-trade groups like Craigslist or Facebook Marketplace. The world is your oyster. Now go sell that cheap hat rack.

3. Declutter while you pack.

I’ve heard mixed reviews on this one—some people think decluttering should be separate from packing because it derails your focus and inevitably makes the process take longer. However, I found decluttering while packing to be beneficial, as long as I didn’t get hung up on some trivial item and waste a bunch of time mulling over it.

Moving is when you’re at your most ruthless. You have to take everything out of every space and consciously decide whether it means enough to you to box up and physically transport to a new place. Now is the best time to go through your stuff, assuming you have the time (see #1).

I was surprised by the things in my life that didn’t make the cut during my move, mostly because all of it had made it through several previous rounds of decluttering. There’s currently a bag full of books sitting by my door waiting to be donated to the local library. Some of them were on my “to read” list, which was why I hadn’t gotten rid of them yet—but considering I had owned them all for at least two years, they were obviously books I wasn’t excited about reading. Instead of packing up all those hardbacks and lugging them to my next home, I was honest with myself about my priorities and where I wanted to spend my time, and I gave myself permission to let those books go.

4. Roll clothes to save space.

This is a tactic I employ when I’m traveling, and it carries over to packing for a move with great success. Rolling your clothing (as opposed to folding them) takes up less space and allows your clothes to pack snugly next to one another. You make better use of your storage containers this way. I’m no mathematician, but when it comes to moving, I know fewer boxes = better. 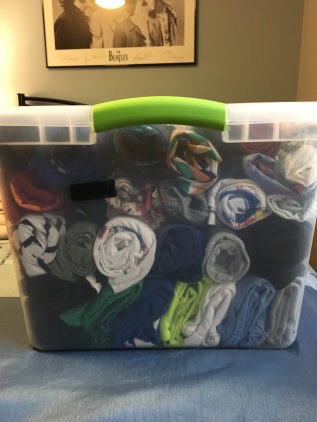 Packing and moving reminds me, again and again, how fortunate I am to have so many things. The fact that “too much stuff” is a problem I suffer from means I have been blessed a dozen times over in this life.

There are people in this world who will never have the luxury of owning an electric guitar or a dirt bike or a set of eighteen teacups in various shades of pastel blue. And while donating these things to Goodwill is not necessarily going to help those people, it is a good exercise in thankfulness, and remembering to center ourselves around what matters.

By being cognizant of what I own and willing to live with less than I currently have, I can share the wealth of my possessions with others. The canned items in my pantry I haven’t yet used up are going to my local food bank. I have an extra pea coat and hat in the back of my closet that I’ll take to the YMCA next week for their annual coat drive. I donated some old art supplies and books to children in foster care.

Moving gave me the extra push I needed to say goodbye to these items and pass them on to someone who could derive greater value from them than I could.

At the end of the day, I’m not interested in blocking off an entire weekend just to shuttle my crap from one living space to another. This is not an event that should require the assistance of a dozen paid movers or begrudging friends to pull off. And while I’m not yet on my boyfriend’s level of packing lightly, I’m certainly getting closer every day.

Do you have any tips for moving day? Drop them in the comments below!

Hi, I'm Amanda. I'm a twenty-something young professional who loves writing, organizing, and occasionally falling asleep at the wrong end of the bed. My cockatiel Jasper is my sole reason for existing.